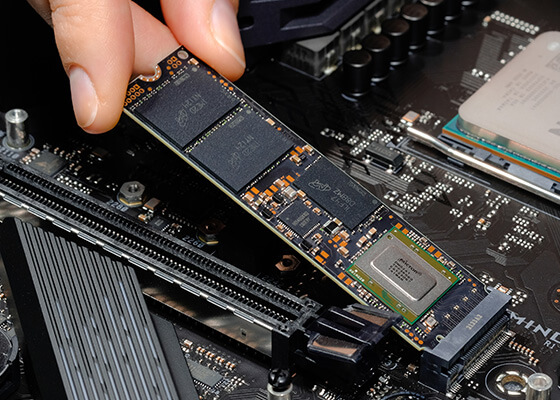 SSDs are storage media that conserve persistent data on solid-state flash memory. Unlike a hard disk drive (HDD), an SSD has no relocating components to break or spin up or down. The M. 2 SSD interface specification was initially referred to as the Next-Generation Kind Factor; however, the name was altered to M. 2 (noticeable M-dot-2). M. 2 SSDs serve for somebody that is building or upgrading a computer (COMPUTER) or laptop computer for usage situations such as pc gaming, 3D computer animation, video modifying, or massive document transfers.

M. 2 supports numerous procedures and applications such as Peripheral Component Interconnect Express (PCIe) and SATA. M.2-compatible items are not limited to solid-state drives either. The specification also sustains methods such as Universal Serial Buses (USBs) and Wi-Fi. Also, it can be used in graphics cards and artificial intelligence accelerator cards that utilize the M. 2 specification.